What is Solar Energy?
Ir a orientalbank.com

Solar energy is basically the radiation emitted by the sun. The sun, like all other stars, is a gigantic nuclear reactor that is in a continuous process of nuclear fusion that produces constant radiation. That radiation travels through space to planet Earth, seeps into the atmosphere and comes in the form of light. Throughout history, we humans have learned how powerful sunlight can be: it feeds plants, burns the skin, dries wet things, heats surfaces, among many other things. And as creative beings, we have developed countless ways to use solar energy to our advantage. However, it was not until 1954 that electricity was produced with sunlight.

Considering that most of what we use in our daily lives operates with electric energy, converting sunlight into electricity is one of the most promising technological advances of the last century. And best of all: producing electricity from light does not generate carbon footprints that damage the planet. But producing electricity from light is not an easy feat and the road has been a long one. In 1839, Alexandre Edmund Becquerel noticed that some materials released electrons when they came into contact with sunlight. This process is known as a photovoltaic process and is the main science behind how a solar panel works. The discovery of the photovoltaic process led to extensive study during the early twentieth century and finally in the 50s, it was possible to produce functional plates. Already in the 70s, the possible uses of solar energy in homes and businesses began to be considered. However, those first solar panels were too expensive and too inefficient to be used by the general public. They were simply not economically viable. Today, advances in technology and material productions have allowed solar panels to be much more efficient and economical. So much so, that a modern solar energy system can save you money, reducing or completely eliminating the amount of the electricity bill.

Solar panels consist of multiple interconnected cells that together generate a greater amount of electricity. Solar cells are constructed of a semiconductor material (silicone) that releases electrons when they come into contact with sunlight (photovoltaic process). The released electrons travel through the silicone layers generating direct current (DC) electricity. Because direct current is not used in Puerto Rico and the United States, a converter or inverter is required to change the direct current (DC) to alternating current (AC) that can be used in the home. Once converted, electricity can be used at the time, stored in a battery or sent to the power grid for an energy.

Advances in storage technologies (batteries) have also contributed to the accessibility and efficiency of solar energy in daily living. A solar system with battery prevents blackouts and even allows you to be completely disconnected from the grid (“off-grid”) and continue supplying the stored energy overnight. There are a variety of batteries that can be used depending on personal needs and preferences. Lead-acid ones are usually cheaper but require continuous maintenance. Sealed lead-acid batteries do not require much maintenance and are better suited to a system that is not regularly used such as a country house or vacation home. For highly used systems, the recent trend is to use lithium batteries since they require very little maintenance and allow them to expand the storage capacity by adding new batteries to the system. Thanks to the efficiency of the modern panels and the improvements in the complementary systems, the solar photovoltaic applications are innumerable, since almost everything we operate requires electricity. Today we use solar energy to charge our cell phones, turn on lights, energize entire buildings, and even satellites and space vehicles. It is a constantly growing technology and is expected to continue to increase as cell quality continues to improve.

However, solar energy in the form of visible light is not the only one that can be used to generate electricity. There are multiple alternatives to solar energy, such as thermal solar energy that is nothing other than ultraviolet light that is what produces the heat that the sun gives us. There are technologies available capable of concentrating light and using heat to generate electricity and heat water. Although these applications are usually used only on industrial scales. 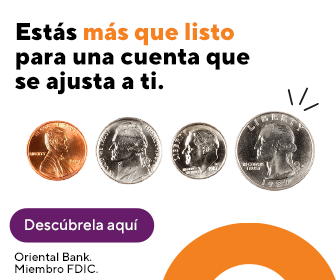